What is Behavior Modification with Dogs? 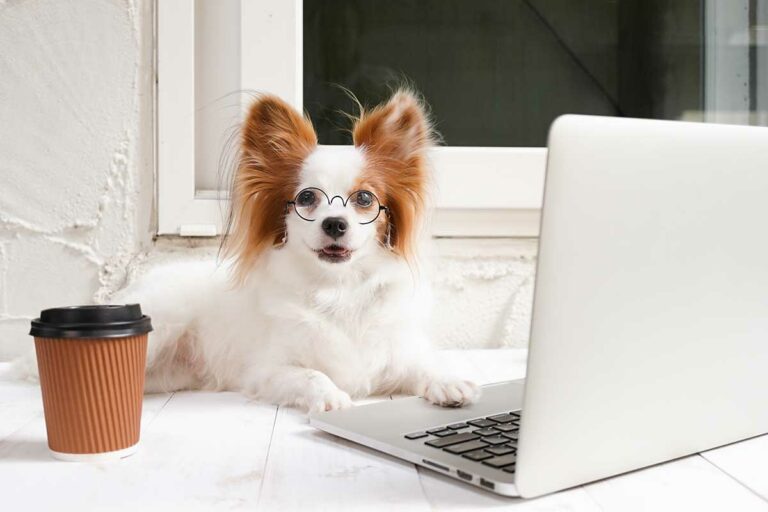 What is behavior modification?

Behavior modification is the process by which behavior is changed over time using the environment. Specifically, features of the environment can change behavior by following a behavior with consequences aimed at either increasing or decreasing that behavior. For example, the consequence of giving a dog a treat after she sits might increase the likelihood of her sitting! A specific type of behavior modification from the behaviorist tradition is applied behavior analysis, where the principles of behavior analysis are used to treat problems of importance to society. Dog training is just one of many areas that uses applied behavior analysis!

Behavior does not occur in isolation. There is always a context or an environment and there is always an organism involved in behavior. In short, behavior is something an organism does. And since we are not living in a vacuum, there is an environment in which we behave. Behavior is maintained by consequences. For example, would you continue going to work every day if you no longer got paid to do so? Probably not. The behavior of working a job involves an organism, the “behaver,” and an environment, in this case the workspace. The consequence of working is receiving a paycheck. Dogs are no different – they will behave in ways that result in preferred consequences. So it is better to shape the environment in ways that you and your dog can be successful, such as working for a tasty treat, rather than your dog learning that counter surfing provides the same goodies.

The definition of reinforcement that we use in behavior analysis might be different than the common use of the word. In behavior analysis, reinforcement describes a stimulus that is introduced following a behavior that increases the future probability of that behavior. Reinforcement is not inherently “good”, and it is not the same thing as a reward. A stimulus does not function as a reinforcer unless the behavior happens more often after the reinforcer has been introduced. For example, a treat only functions as a reinforcer if it increases the probability of your dog complying to your command next time. So if you are feeding your dog after it complies and she does not improve, what you think is a reinforcer might not actually be so!

The definition of punishment in behavior analysis is also potentially different than the common definition of punishment. Punishment describes when a stimulus is introduced that reduces the future probability of a behavior. Punishment is not inherently bad. A stimulus does not function as a punisher unless it decreases the probability of behavior. For example, saying “no” to your dog only functions as a punisher if it stops your dog from engaging in a problematic behavior. If your dog keeps chewing on furniture after you say “no,” it is likely not functioning as punisher.

Things that we think of as reinforcers might not actually function as such for certain individuals. For example, a study by Feuerbacher and Wynne (2015) cleverly evaluated types of potential reinforcers. They found that petting (physical attention) was more valuable than praise. They also found that praise only worked as a reinforcer when owners or familiar people gave it. That means that praise might not work as a reinforcer for a dog that doesn’t know you! For dogs that are nervous and shy, praise might even function as a punisher.

Punishment can be described in the same way – the addition of a verbal reprimand can be a positive punisher if it reduced inappropriate chewing. Negative punishment is the removal of potentially fun stimuli, for example, putting a child (or your fur baby) in a timeout removes the fun activities. If it reduces problem behavior, your timeout acted as a negative punisher.

Understanding the reasons behavior maintains is typically described as understanding the “function” of that behavior. You continue to work because in the past, the consequence was payment. That payment is a type of function of behavior. In behavior analysis, there are four common functions of behavior. There are more discussed in the literature, but for our purposes, we will stick to these main four. Describing the global functions of behavior allow us to find the best ways to continue to maintain those behaviors, or even decrease them if they are undesirable.

Behavior often results in immediate behavior from someone else. This could be something as subtle as a head turn or a flinch to direct engagement with the organism (e.g., talking, petting, etc.). Providing attention can reinforce behavior, such as providing praise for a job well done. However, we can also inadvertently reinforce problem behavior such as tantrums in kids (“No Billy, don’t hit yourself” as an example of attention) and we often inadvertently reinforce problem behavior in our pets with attention. Pulling your arm away from a play bite or saying “off” or “down” when a dog jumps on you still provides a consequence, and that attention can reinforce behavior we do not want to see.

Much like attention, delivery of tangible materials can reinforce behavior. Tangible reinforcers would be examples of a paycheck (thinking back to our prior example). Other tangible items include food or treats or even subtle items like presenting a leash. Problem behaviors can develop if they consistently result in a desired item or event. Children tantruming in a store until they get a candy bar is a common example of a tangible item maintaining problem behavior. Begging behavior in dogs may also get them food items at the dinner table.

Getting out of an aversive context can also be reinforcing. Hanging up a phone removes scam phone calls. Engaging in aggression or noncompliance can also lead to an avoidance or termination of an event. A dog growling at another dog may result in escape/removal from the other dog. Escape allows the “behaver” to leave a situation, while removal results in the aversive stimulus being removed.

Everything that we have discussed so far focused on the learning theory of Operant Conditioning. Operant conditioning is process of using consequences to either increase or decrease behavior. The other type of learning behaviorists use in dog training is Classical Conditioning. Classical conditioning is the learning process that occurs when two stimuli are repeatedly paired together. Over time, the response which is elicited by the second stimulus is elicited by the first stimulus. For more details, keep reading!

Another environmental manipulation involves associations rather than consequences. Classical conditioning involves creating associations between two stimuli by pairing them together in time. The most famous example is Pavlov’s dogs, who began to salivate at Pavlov’s bell simply because the bell was paired in time with meat powder. Counterconditioning, habituation, and systematic desensitization are all classical conditioning techniques behaviorists use to treat problem behavior with dogs. By providing high valued foods in the presence of aversive stimuli, trainers can reduce the aversiveness of those contexts. For some dog-reactive dogs, feeding high valued treats like chicken in the presence of other dogs reduces reactivity. This means of treatment is much more ethical than relying on punishment procedures or avoiding these circumstances all-together.

Does Behavior Modification Work with Dogs?

Behavior modification has been used to study organisms from pigeons and rats to humans. Additionally, understanding how consequences impact behavior has led to successful treatments for adults, children, companion animals, and even captive animals. Manipulating the environment to produce desired behavioral effects is an effective way to create behavior change in dogs. Teaching a dog that food or attention (reinforcers) comes after compliance or that a timeout (negative punishment) occurs for jumping are all effective ways to train dogs. Additionally, behavior analysts prioritize positive reinforcement strategies over punishment strategies which helps build rapport between owners and their pets and is a more ethical means of treatment. 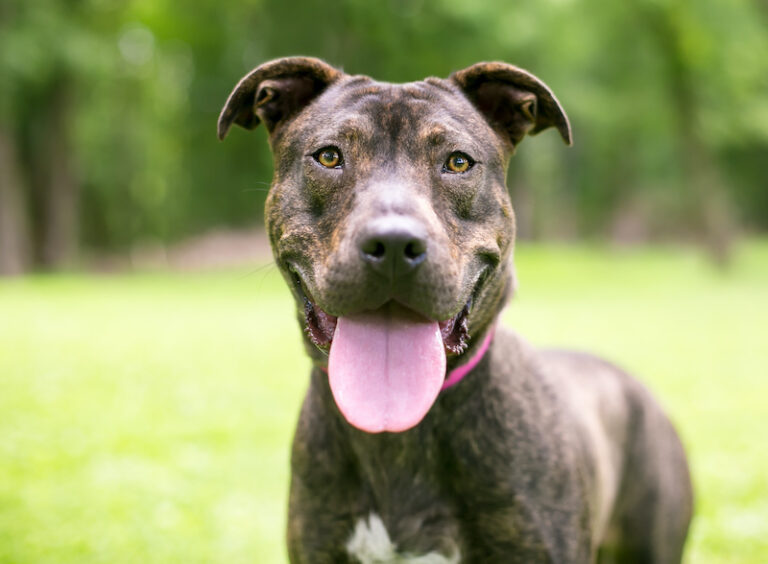 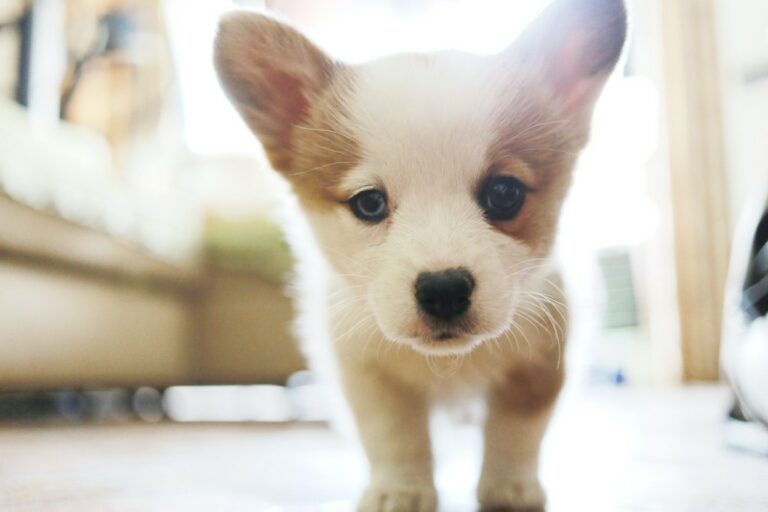 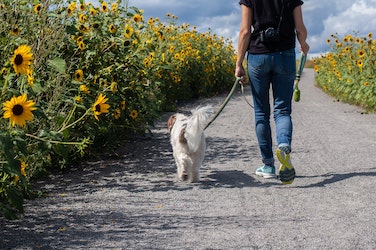 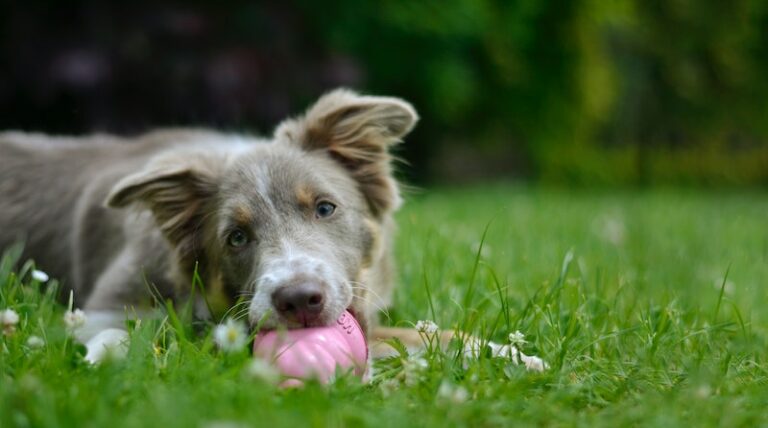